Posted by downtownalliance on September 17, 2014
Posted in: Uncategorized. Leave a comment 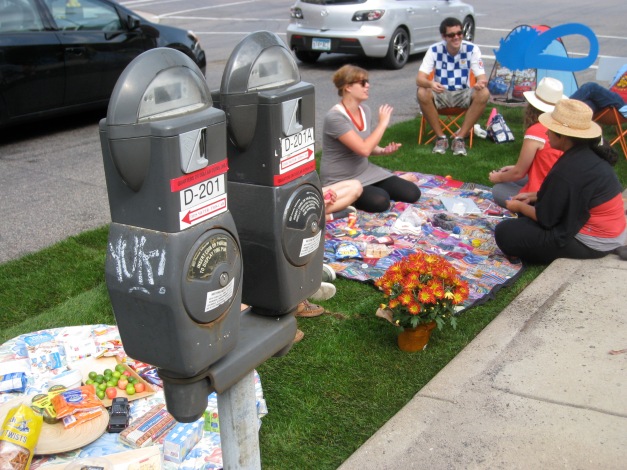 Founded in 2005, when the San Francisco art and design studio Rebar converted a single metered parking space into a public park, PARK(ing) Day has evolved into a global movement with a mission to “call attention to the need for more urban open space, to generate critical debate around how public space is created and allocated, and to improve the quality of urban human habitat… at least until the meter runs out!”

Spaces can be visited from 11:00 AM to 5:00 PM. A panel of judges, including Gary Ferguson, Executive Director of the Downtown Ithaca Alliance and Frank Nagy, Director of Parking for the City of Ithaca, will be selecting a winning design.